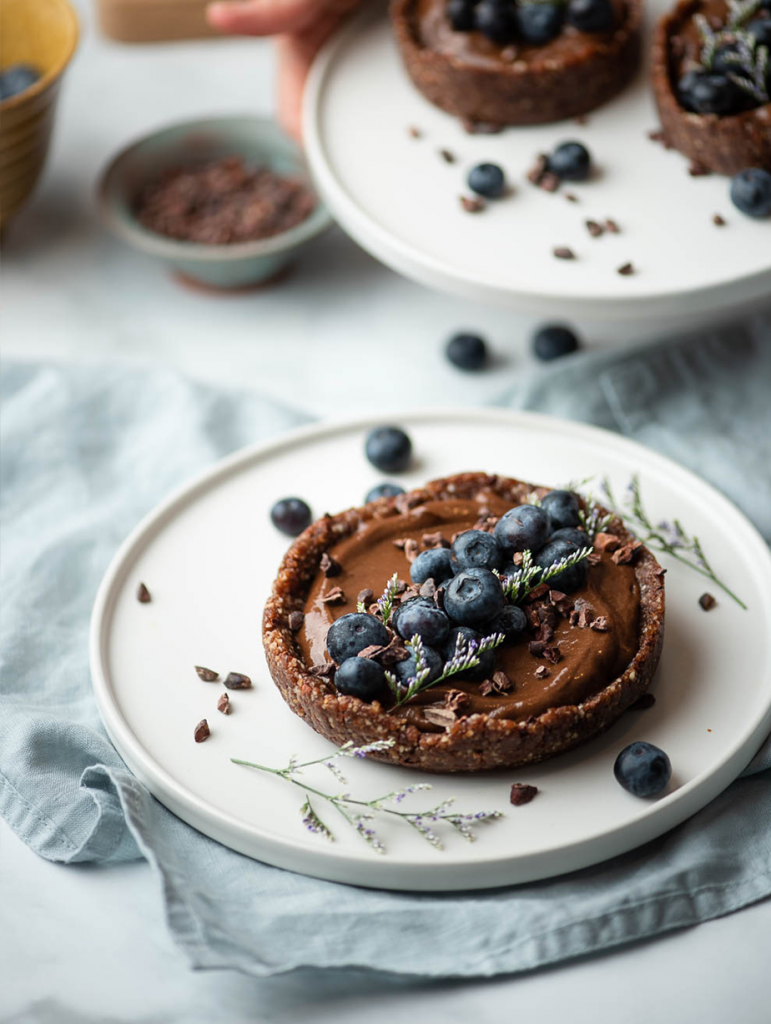 Dear Health Foodies,
Do you ever wonder ‘is it worth it?’
I mean vegan Double Chocolate Vegan Tarts sound heavenly, yes, but they challenged me.

One failed attempt after another led me to some F-bombs (there is one lurking in here somewhere too, warning!) and got me thinking…
…what’s the point?
Does is it matter? Will anyone else appreciate it?
I have to confess that I get frustrated with failed culinary experiments. And there are many.
So many. Three already this week.
Choosing to create recipes that are plant-based, gluten-free and oil-free means I have to work harder and plan more to create delicious, doable recipes.
Making a cookie would be so much easier if I just threw a bunch of sugar and fat at the recipe.
But that’s not my style. And it is not worth it for me! 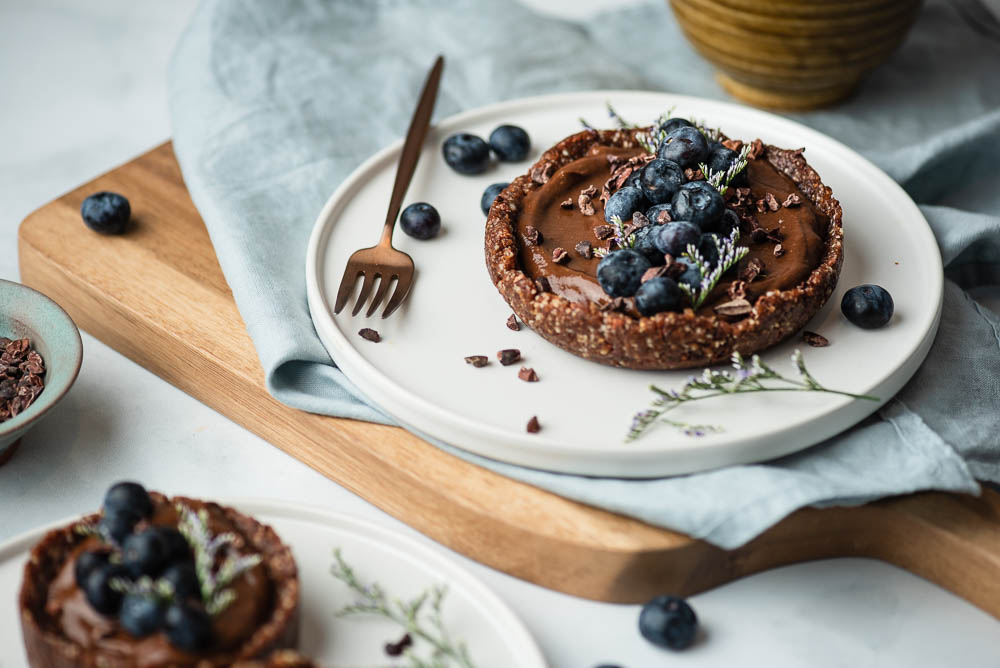 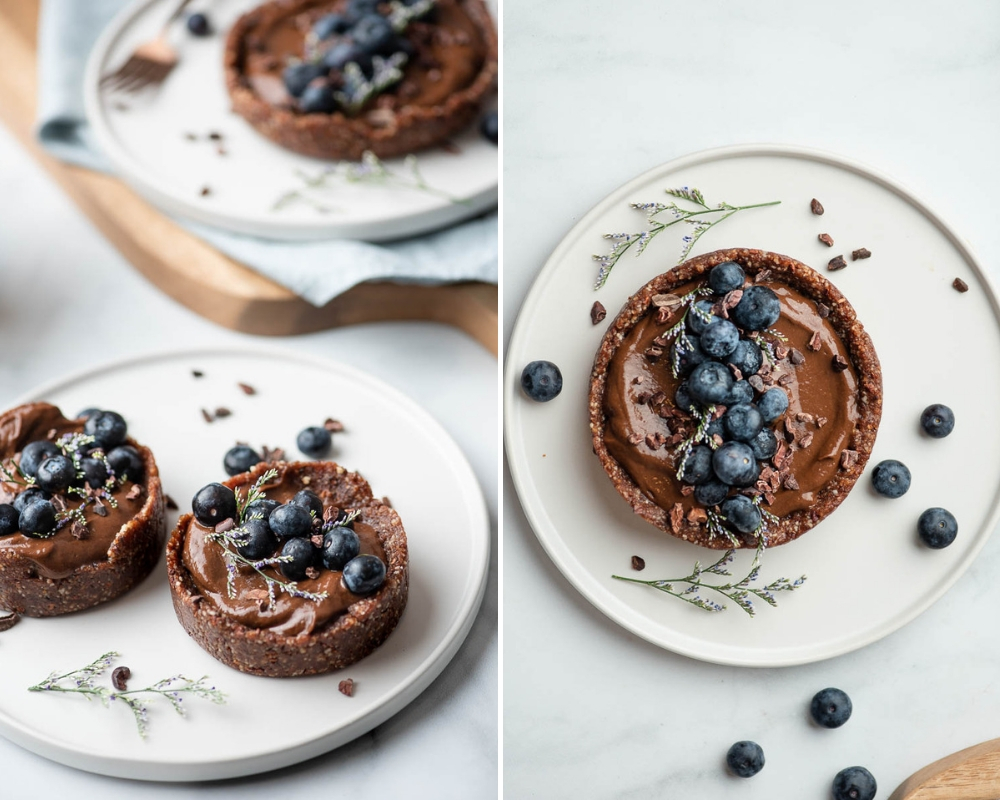 I scroll through Instagram and think about all the things I could make if only I used coconut oil, vegan butters or whipped cream.
Things don’t rise, or crisp, or stick together on the first (second, third) attempt.
It’s frustrating. It’s so easy to get caught up in comparison…what Marie Forleo calls compare-schlager.
I sometimes feel quit-ish….but just -ish.
Because then I remember why I went to culinary school, why I started sharing recipes, why I teach classes and wrote The Plant-Based Cookbook; to show people that whole food plant-based food is delicious, that you don’t have to sacrifice dietary preferences or needs to have something that tastes incredible and looks amazing. That double chocolate vegan tarts are irresistible!
It just takes some time experimenting or finding someone (a.k.a me) who will do the experimenting for you!
It ain’t always easy and it takes a lot of effort, energy, and money.
But, ultimately, I’m up for the challenge even if there are periods of throwing my hands up in the air and wondering if I even care.
And I do. I really really care. I’m thinking you might too.
I am genuinely moved by food that nourishes and satisfies. I am inspired by chefs and restaurants that go out of their way to use nutrient-dense, whole-food ingredients as opposed to the much more accessible and cheaper processed ones.
I applaud all the people out there (You!) who make food for themselves and others with the intent of promoting vitality and health.
And to all you out there, trying to eat a particular way because of disease or intolerance or experimenting with new ways of eating to see if it makes you feel better, I know sometimes it fucking sucks, but keep going.

With all that said, let’s get to these plant-based, gluten-free, oil-free,  Double Chocolate Vegan Tarts! 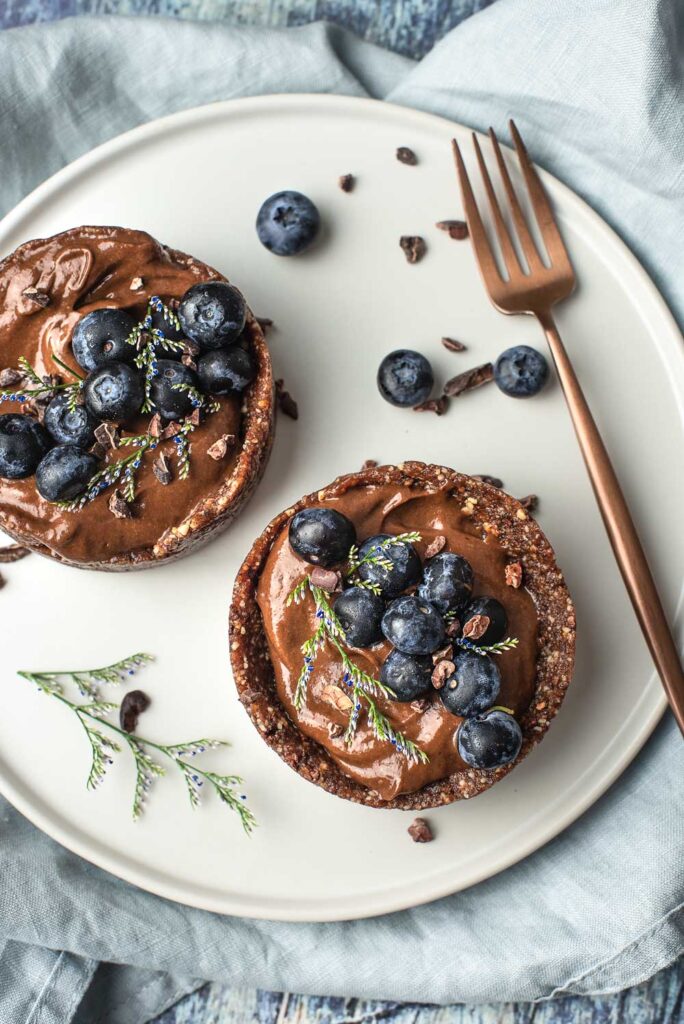 How To Make These Double Chocolate Vegan Tarts

As far as tarts go, this recipe is pretty easy with two parts: crust and filling.

It’s rich and luxurious but also free from oil and processed sugar! It’s made with nuts and avocados and sweetened with dates!

This tart is double chocolate because the crust and filling are both chocolate themed! Top it with some bright and flavourful fruit and you have yourself the most impressive and delicious dessert!

This took a few attempts. Like I said, sometimes I want to give up but I don’t. And I’m so glad I didn’t because this chocolatey tart is as tasty and pretty as any other. As a bonus, this one is full of fiber, healthy fats and antioxidants!

Mini Tart Pans: These are widely available. Here is an example. You can also use an 8-inch tart pan like this. 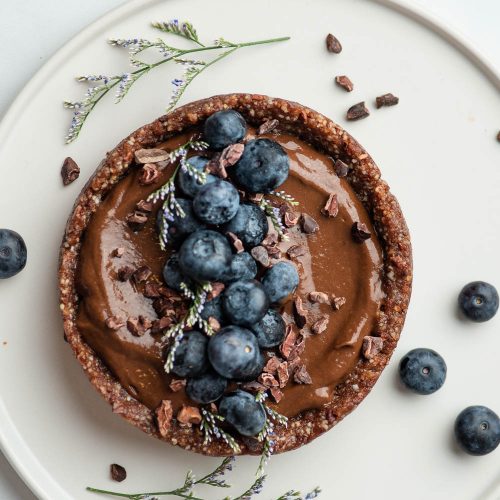